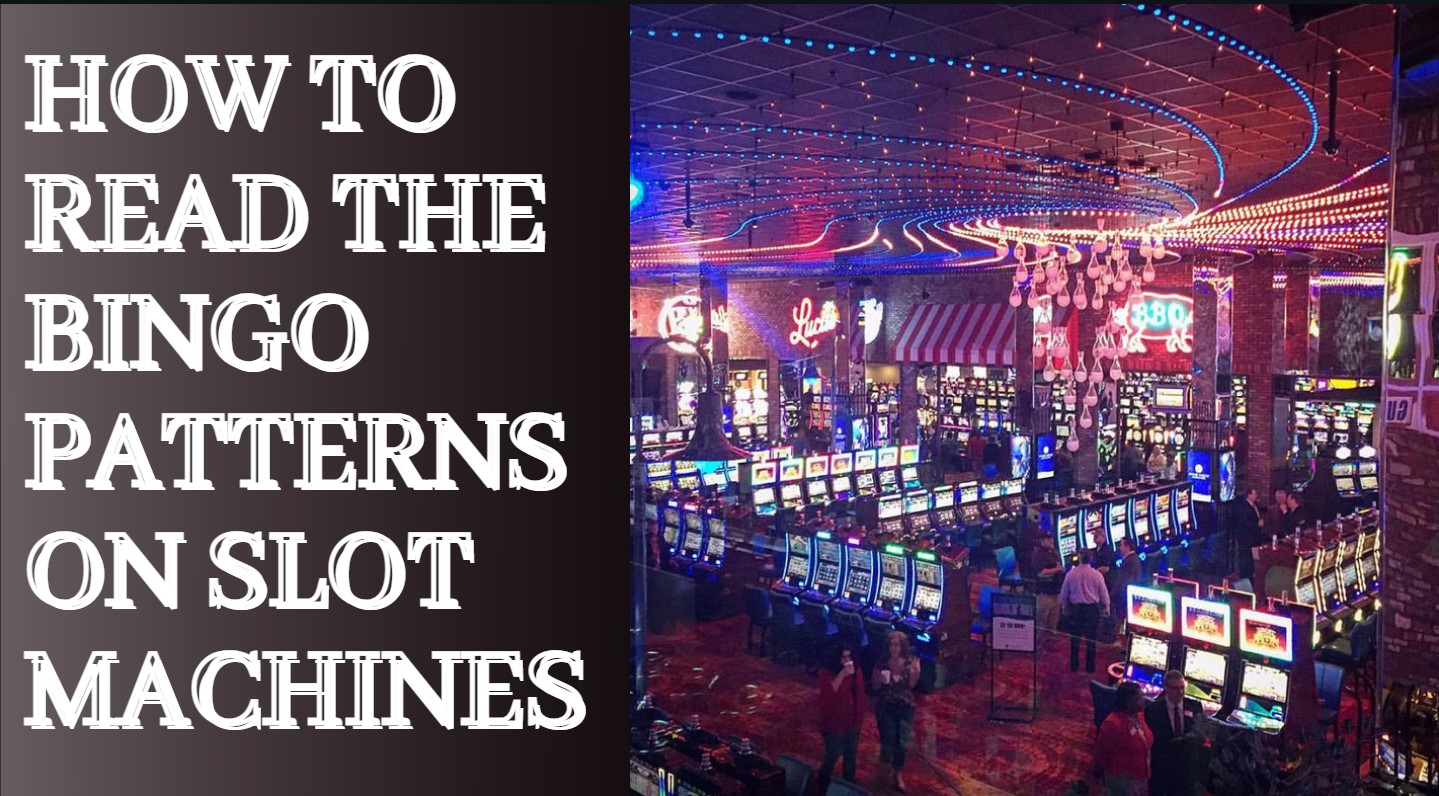 To know and understand how slot machines work, it is important to know about the classification of the machines. In 1988, the Indian Gaming Regulatory Act (IGRA) was approved, establishing the basis for Indian gaming. Due to this law, tribes were granted the right to operate, license, and control gaming. The act also divided gambling into three specific classifications: Class I, Class II, and Class III.

This Class of games is the traditional type of game. This class covers social games and charitable games for nominal prizes. These games are rarely found in casinos and are not usually the ones that are placed in casinos. This is because the prizes for these games are very small compared to the games of other classes. There are no restrictions put on these games by the Indian Tribe.

Class II is the one that we will be talking about most in this article. This class includes Bingo and non-banked card games. The IGRA act states Class II “the game commonly known as bingo (whether or not electronic, computer or other technological aids are used in connection therewith) and, if played in the same location as the bingo, pull tabs, punch board, tip jars, instant bingo, and other games similar to bingo.”

Under the IGRA, tribes are not required to enter into any governmental agreements to execute Class II gambling. Instead, tribal governments are in charge of regulating Class II gaming, which is overseen by the NIGC. If the games are generally lawful in the state where the tribe is located and the tribe adopts gaming legislation approved by the National Indian Gaming Commission, an Indian tribe can provide Class II games. Alabama, Alaska, Nebraska, and Texas are the only states in the United States that allow Class II gaming.

Bingo is governed by Class II gaming rules. Bingo games, along with electronic equipment that aids in the games’ facilitation, are available to all established tribes. Even though several tribes used to host enormous, high-stakes bingo games in halls, just a few tribes now specialize in this type of bingo, while others include it in their casino offerings. The ‘Class II slot machine’ was developed in response to tribes’ desire to expand their gambling business while competing with other casino games.

It is rather difficult to distinguish Class III games from Class II Games, however, there are some clear differences. Instead of Bingo Slot machines like in class II, Class III contains the true slot machine that you might have seen in the casinos. It is the classification of all games that do not fall in the Class II and Class I categories. The most commonly found and played casino games, such as blackjack, craps, roulette, and slot machines, are governed by Class III gambling legislation. The Department of Internal Affairs should be confident that class III gambling is financially viable, with minimal expenditures and maximum returns to the community. The casino must be licensed to provide gaming in the first place, and the goal must be to raise cash for a “permitted purpose.”

What Exactly Are Bingo Slot Machines? Even though many casino players know about Slot Machines, a lot of people are still unaware of Bingo Slot machines. They do not know how to read the Bingo Patterns so they try to avoid it and go for easier options. However, once you know how to use and get a hang of it, you can hit big in no time at all.  In the early years, the games that were most played in Native American casinos were bingo-based. In fact, most casinos had nothing but a bunch of Bingo slot machines. Companies have been working harder to improve the Bingo slot games. They want to introduce fancier gameplay due to the large crowd that these games attract.

As we learned in the previous paragraph, Bingo Slot Machines are Class II machines. If you see a bingo card on the screen of a slot machine at a North American casino, you’re playing a Class II game. These machines display the bingo games that are playing in the background, whereas Class III devices are self-contained. You can start a Bingo game by pressing the Spin button. However, the Class II games, like traditional Bingo games, require at least two players to begin playing. If you’re in a small, quiet casino, the reels will spin for an extraordinarily long time until another player joins the game.

How Are Bingo Cards Used to Determine Outcomes?

In Class II games the outcome is determined in two main ways; Either the outcomes are already decided (predetermined) or the machine works on a pari-mutuel basis. A table of programmed game outcomes is included with the machine. This table is jumbled electronically and then dealt one at a time to the player, much like a string of scratch cards, which is the legal loophole they’re using because the state lottery allows scratch cards.

The machine is based on the concept of parimutuel betting. These devices are linked together and engage in a fictitious bingo game with other casino patrons. During calm periods, the machines may be closed, with a message such as “waiting for other players.” Because they’re taking advantage of another how the state allows bingo games, these machines usually display a bingo card.

According to the Act, a state might refuse to negotiate a Class III agreement and so deny a tribe permission to participate in class III gambling. States are increasingly requesting big income distribution and non-gaming concessions as compensation for class III compacts.

What Are Bingo Patterns?

Sometimes, the patterns appear on VGT Bingo slot machines just before the reels begin to spin. Most of the time they are located in the top-left corner of the screen. In case, you do not know what VGT machines are, let us explain them to you. Video Gaming Technologies, a Tennessee-based corporation started in 1991, produces VGT slots. Even though they have a large number of customers in Mexico, their core market is the Native American casinos in the United States, primarily in Oklahoma, where they supply Class II bingo and slot machines.

The patterns on the VGT screens indicate whether you have cover-up Bingo patterns based on the amount you have bet from one bet, two bets, or three bets. It pays you that amount if it lands on the highlighted areas and you happen to have the correct numbers, which are the yellow numbers below the bingo pattern. It is your receipt for the bet you made and also serves as legal proof of what it is obligated to pay. So, if you hit the poodle on bet 1, you get paid 20 times the amount of the bet. To hit that, you must cover all of the required squares.

However, when the yellow highlighted you see in the slot machine does not cover up these areas at all, there is no chance of you hitting anything. You have no chance of winning if the yellow highlighted sections of the slot machine do not cover those areas in any way. Watching the Yellow Cover pattern helps if it is going to be a win, a potential win, or a loss.

How to Read the Bingo Patterns on Slot Machines

The area that is highlighted on the screen, whether it is the inside, the outside corner, or open diamond inside corners, is the ones that most commonly come up and are highlighted. This means that there is a possibility that it might payout and even go into the red screed mode. However, If it does not cover up at all in that area, then you have no chance of winning.  Knowing how to read the Bingo patterns on slot machines will help to know your chances of winning a game. Every time the button is pressed on a bet the whole card entirely changes.

The Bingo numbers that you can see below the patterns in yellow stays the same until all the numbers are called and switch out to another number. Nevertheless, your actual Bingo card changes making it rather meaningless to know how to read the Bingo patterns. Understanding is as important as knowing how to read the bingo patterns on slot machines. A central server connects all VGT computers across the state. Every machine has an identical bingo card, but the pay patterns are different. The hopscotch and kite motifs are uncommon. Each machine has three basic patterns that it follows. Ruby crimson, wild bills, and money sacks are just a few examples. Small diamonds, open diamonds, and private stripes are the three most common patterns. Smooth silk, polar high roller, Bandito, Bourbon Street Inside corners, outer corners, and private stripes are the three main motifs.

All other patterns are uncommon, and while they occasionally line up, they usually do so during red spins, when the payouts are higher. Before the reels even stop spinning, the bingo card and pay patterns inform me if there’s a hit or a red screen. I usually draw a crowd because I’m right 8 out of 10 times when I say “that’s a red screen” before it turns red. Patterns that are the open diamonds are the ones that trigger a red screen. You will see that some numbers will be red and the screen will also blink in red. This is what tells you that you might have a chance at hitting something when those yellow areas are covered up. The bingo patterns predetermine the red screens. You’ll get a red screen or three if you acquire more than one pattern. It also doesn’t matter whatever object you choose whether picking a falling ruby, duckies, or pots. The bingo pattern, once again, determines the winner. So, there you have it, guys. Don’t allow a lot of rubies or duckies to go to waste as you wait for the perfect match.

Are Bingo Slot Games Worth Playing?

Bingo is about the safest type of gambling there is, as long as you don’t buy pull tabs or go to the slot machines. You might wonder why. This is because you simply have to pay one price for your “package,” which is the total number of cards. A raffle ticket and a separate coverall are included in certain Halls. You can often have a wonderful night and bet for less than $50. It includes a big meal at the snack bar. Except for the Big Casino Bingo halls, which I avoid since they are too far away and impersonal.

50 cards should be purchased. Once a week, play $15 worth of games and get a pair of free drinks. When the older women aren’t there, go later in the day or evening. In the summer, when there are fewer old ladies and tourists, play a few extra times. Be at a casino where only 12 to 25 people are playing. Also, don’t mind if some of them bring in $50-$100 in cards. Never spend more than $15 to $16. Bring the bare minimum of $6 for all of the games. Hopefully, you’ll have a coverall game with a dollar per card and a prize pool of $250 or $300.

Knowing how to read the bingo patterns on slot machines will only let you know your winning chances but will not actually change your winning chances. There is no method to guarantee a win in bingo because it is a game of chance. However, by playing the game during off-peak hours and purchasing many bingo cards in a single game, you can boost your chances of winning. If you have some kind of bad luck and keep losing, it should be best to get an expert’s suggestion. Make sure to keep your lucky charm with you because you are definitely going to need it. Good luck!

Related Topics:Bingo patterns
Up Next

How to Beat the Pot O Gold Machines: Best Guide For 2022